History of the LiUNA!

Born of strife and struggle, LIUNA members have been uniting for better lives since the 1836 when the first recognized Laborers union was established in Philadelphia. Hundreds of Laborers Local Unions existed across North America at the turn of the century but they were only admitted to the early AFL as "Federal Locals."

But in 1903, Samuel Gompers, President of the American Federation of Labor (AFL), sent out a convention call to independent local Laborers’ Unions, urging them to join together and establish an international union of construction laborers. On April 13, the International Hod Carriers and Building Laborers’ Union (IHC and BLC) was founded. The first convention, held in Washington, D.C., was attended by 25 delegates from 23 Local Unions in 17 cities, representing 8,186 Laborers. A Declaration of Principles was adopted during the first convention. The delegates elected Herman Lilien, a Belgian immigrant from Chicago Local Union 4, as General President. He served as General President until 1905.

The first Constitution was published in three languages: English, German and Italian.  The Charter application claimed jurisdiction over the following: 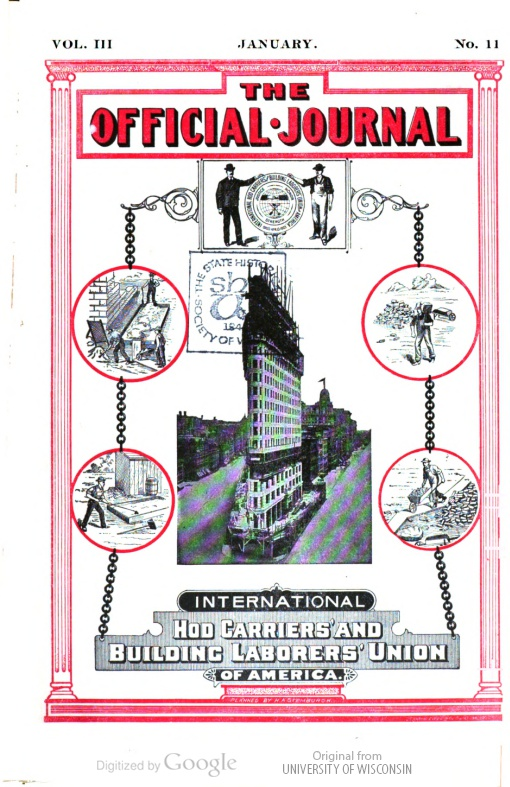 During his time as General President, D’Alessandro guided the union through tremendous growth as well as jurisdictional victories from rival construction trades unions.

In 1912, the young union went through two name changes becoming the International Hod Carriers and Common Laborers of America and then the International Hod Carriers' Building and Common Laborers of America. A hod is a tray or trough that has a pole handle and that is used to shoulder loads of materials such as mortar or brick on a construction site.

In 1920, the union had 548 Local Unions with a membership of 96,143. Through his leadership the union supported the rights of African-American trade unionists to be accepted as equals.

The advent of the Great Depression in 1929 not only put tens of millions of Americans out of work, including tens of thousands of laborers it also drove wages downward. With so many people jobless and struggling to support their families, unions lost much of their leverage to negotiate wage increases.

Unemployment reached epidemic proportions and the union’s membership dropped to 17,365, which was a twenty year low. However, the union surged forward, scoring victories such as the merging with the Tunnel and Subway Contractor’s International Union, which furthered and added to its jurisdiction.

In 1933, the National Industrial Recovery Act was signed setting minimum standards for working conditions and establishing a national Labor Board to enforce collective bargaining rights. The passage of the National Labor Relations Act in 1935 was a landmark victory for all of organized labor and ensured that private sector workers had the right to union representation. 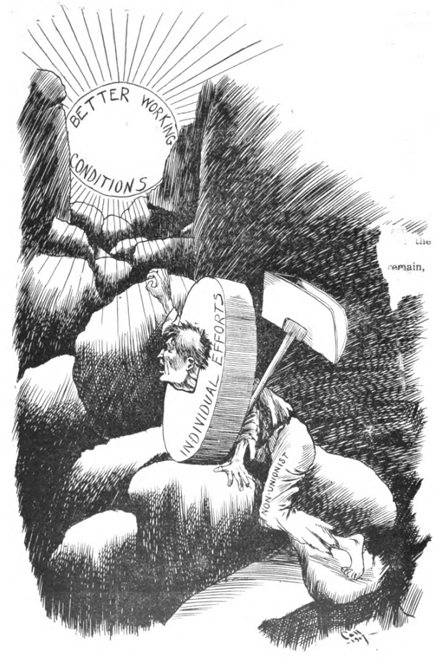 The 1935 passage of the Davis Bacon Act would have long-lasting positive consequences for all construction workers. The Davis-Bacon Act, which requires contractors on federal construction projects to pay workers the prevailing wages and benefits in their community, is especially valuable to laborers  who were vulnerable to being replaced with lower-paid, non-union workers by contractors trying to win federal contracts by lowering their costs. Prevailing wages continue to be critical to members’ wages.

The law benefited laborers and all construction workers throughout the decade as President Franklin D. Roosevelt’s New Deal took shape and government funded infrastructure construction projects like the creation of the Tennessee Valley Authority - where LIUNA members continue to work to this day - helped the nation work itself out of the Depression.

One of the most critical ways the union helped members improve their lives was through not only in wages, but also through health insurance, pensions, disability coverage, and other benefits offering greater physical and financial security.

However, there was a complicating factor. Since most members worked for many different contractors over the course of their working lives, it made no sense to persuade single employers to establish pension plans for their employees as the industrial unions were doing.

LIUNA innovated by establishing multi-employer plans, financed by negotiated contributions from each signatory contractor. This option was advanced by the 1947 passage of the Taft-Hartley Act, which is in every other respect was one of the most anti-union bills ever enacted in the United States. One of the Act’s provisions prohibited employers from contributing to union health and welfare funds that were not under joint labor-management administration.

LIUNA was just one of the many unions that stepped up to the plate when the World War II began in Europe, suspending all dues until the war was over. A resolution was also adopted in 1940 which pledged full support for the National Defense Program.

The war dramatically increased the rate of construction in America, and by 1942, membership in the Union had nearly doubled what it had been at the 1941 Convention. By the end of 1942, membership had risen to 430,000 members.

Passage of the Federal Highway Act in 1944 literally paved the way for the creation of the interstate highway system and set the stage for an explosion of economic growth for the United States and tens of thousands of jobs for LIUNA members. To this day, the Highway Bill remains a mainstay for LIUNA members.

From 1940 until 1950, Marion, Illinois Local 773 members worked on the Cache River Diversion Channel Project, which was authorized by the Flood Control Act of 1938, and included construction of a 5,260-foot diversion channel from the point where the
former channel of the Cache River intersected the Mounds and Mound City Levee to the Mississippi River.

In 1949, LIUNA signed the first National Pipeline Agreement which protected wages, benefits and safety conditions for thousands of pipeline workers.

In 1953, the Union celebrated its 50th Anniversary with over 2,800 people attending the Golden Jubilee Celebration in Washington, D.C.

LIUNA was on the forefront of the Civil Rights Era. In 1962 when President John F. Kennedy called a conference to end racial discrimination in unions, LIUNA was one of the few organizations that sent an African-American officer to the White House, vice-president Robert E. Powell. Powell was also a founding member of the A. Philip Randolph Institute. 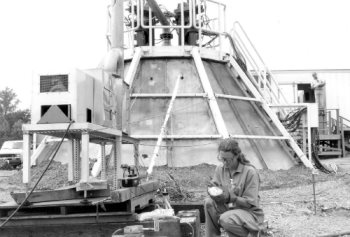 In 1965, the International Hod Carriers and Building Laborers’ Union was rechristened as the Laborers' International Union of North America (LIUNA). As LIUNA members gained new benefits, it not only improved their quality of life—it helped the union achieve greater gains in other areas. The prospect of health, welfare and pension coverage became a vital tool in union organizing drives.

The explosive growth of health and welfare and pension plans did not end LIUNA’s relentless search for new innovations to improve the quality of members’ lives. For example, in 1964, Local Union 472 opened its own dental clinic in Newark, N.J.

The Laborers Political League was established in the 1960s to strengthen members' voices in the political process and encourage member participation in politics and government.

In 1970, Local Union 229 in Shreveport, Louisiana began offering legal services to its members. Three years later, the Massachusetts Health and Welfare Fund opened a vision center in Boston for Laborers, which it shared with the Teamsters.

In 1973, The Labor Council for Latin American Advancement was organized to help Latino workers speak out; the first president was Ray Mendoza, a Laborer.
Back to timeline

In the late 80’s and early 90’s many LIUNA regions implemented training programs to further improve skills and safety of members. 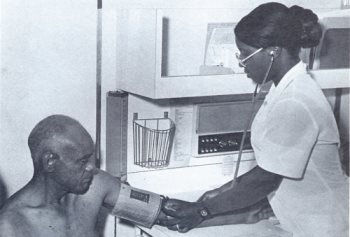 Also in 1981, with rising awareness of the dangers of asbestos, the New England Laborers’ Training Academy (NELTA) began a pilot Train-The-Trainer program in this and by the end of 1981, trained its first 72 Laborers in asbestos removal, helping to secure asbestos removal projects for union contractors. By the middle of 1982, NELTA had trained more than 300 Laborers in the new work.

1983 marked the 100th anniversary of construction of the Brooklyn Bridge which like many of New York City's tunnels and bridges was built by members of Local 147 also known as the Sandhogs.

In 1985, the Department of Labor recognized highway flaggers as part of laborers work, protected by Davis-Bacon prevailing wage provisions.

Also, in 1988, LIUNA began offering its own leadership program for rank and file members.

LECET was founded in 1989 and went on to adopt a mission of helping signatory contractors win jobs and create jobs for LIUNA members.

And in 1989, Local Unions established a pilot Membership Assistance Program (MAP) in the Baltimore-Washington area, also giving members access to drug and alcohol rehabilitation programs. MAPs have since expanded to LIUNA Locals across North America, as these efforts not only improve the health and even save the lives of individual members—they also help avert workplace accidents, prevent employee absences and improve productivity.

In 1994, the U.S. Department of Labor recognized the Construction Craft Laborer as an apprenticeable trade, opening the door for apprenticeship programs to begin throughout the union.

The first Demolition and Decommissioning (D&D) Agreement in the nation was reached in 1999 at the Maine Yankee Nuclear Power Plant where northern New England Laborers were on the job with the necessary training required to dismantle one of the country’s largest nuclear power facilities. Soon after, a D&D agreement would be reached at the Connecticut Yankee Nuclear Power Plant for Connecticut Laborers’, decommissioning and dismantling another one of the country’s major nuclear power plants.

In 1996, more than 2,000 asbestos workers and 1,500 demolition workers, struggling for safer jobsites and family-supporting pay and benefits, organized with the Laborers’ Mason Tenders in New York City. The landmark campaign helped union workers capture 75 percent of the interior demolition market in New York.

In 1998, the LIUNA Public Employee Department was created and helped 5,200 workers with Riverside County, California, organize a union.

In 1999, LIUNA formed the National Retirees’ Council to mobilize members after their working career ends and to benefit from their knowledge, skill and energy in organizing, political action and grassroots lobbying.

In the 21st century LIUNA has led the way for trade unions in its commitment to growth and member activism.

In 2001, delegates elected Terry O'Sullivan, General President and Armand E. Sabitoni General Secretary-Treasurer. In 2006 and again in 2011, delegates re-elected both to office. 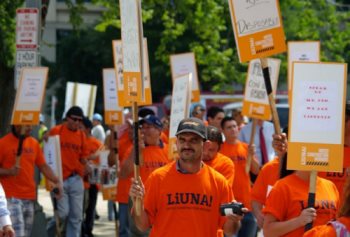 When the deadly attack on the World Trade Center occurred on September 11, 2001, LIUNA members were first on the scene to help the rescue and recovery efforts and then later in the re-building of what would be known as Freedom Tower.

At LIUNA’s 2006 Convention, LIUNA made a historic commitment to help more workers join the union with the passage of resolutions that would raise more than $100 million a year for organizing – more than any construction union and more than virtually any union in North America.

At the 2011 LIUNA Convention, LIUNA followed up on the historic commitment to organizing by passing resolutions to invest in political and member activism through the LIUNA PAC and resolutions to enhance member communications and engagement.